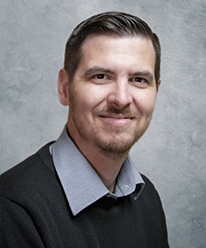 Stefen joined FIA in October of 2020 after eight successful years at Edward Jones.

His professional career notably began with the U.S. Army where he served for nine years. Stefen is a decorated veteran as an Apache pilot. With over 1400 hours flown both locally and Afghanistan, he’s received a Combat Action Badge, Senior Aviator Wings, and five Air Medals – one being for valor.

After the military, Stefen searched for a career needing the transferrable skills that made him such a good pilot – discipline, precision, and a sense of calm. Edward Jones afforded him a great place to hone those skills within a different career path where he was ultimately one of the fastest growing financial advisors in his region.

He later determined that he would be able to continually improve his client service level as an independent advisor. Free from corporate obligations, Stefen could focus on client service alone.

His due diligence led him to another team of independent advisors who share the same value of client service and attention. Stefen also appreciated affiliating with Raymond James – who has a long-standing track record of supporting independent advisors and providing tremendous investment research.

Stefen is married to his wife, Ashley, and they share three children Ryker, Raegann, and Rowen.

In his spare time, you can find Stefen enjoying the outdoors as an avid hunter and fisherman.