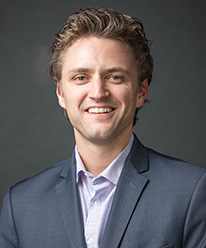 Mitch's financial advisory career began with an independent group, Financial Achievement Services, in his hometown of Greenville, Ohio. Witnessing the impact they had on their clients' lives was his initial attraction and what planted the seed for his future.

Several years later, brokerage firm Edward Jones provided the opportunity for Mitch to learn and grow in the business. Mitch felt humbled by the fact that, in an industry that has an approximate 80% attrition rate within three years of employment, he was successful enough to open a new branch office for the firm within one year of service.

A prior life of competitive golf runs parallel to Mitch's current career. After playing Division I Collegiate Golf and on minor league tours throughout Southeast Florida, metro New York City, and New England, gradually his mind was trained to seek continual improvement. Mitch says, "Financial advisory offers a comparable experience – there is so much to continually learn and improve. The icing on the cake is that we're granted the opportunity to help others move toward their own personal improvements and ideas of financial freedom."

Establishing Financial Independence Advisors was a natural progression of continually improving the process. Mitch does his best work with high income earners that are seeking career flexibility and pre-retirees seeking a tax efficient income in retirement.

Mitch's formal education started at the University of Dayton, where he earned two degrees in Business and Philosophy. Shortly after, he gained his Class A Membership from the PGA of America. Later, Mitch attended Bryant University for Certified Financial Planning and he is a CERTIFIED FINANCIAL PLANNER™ certificant.

My true love and passion are my wife and family. My wife, Nikki, in her own right, has a successful junior golf instruction business that reaches over 400 kids annually. While golf brought us together, it's minuscule to what we share today. Our free time is mostly devoted to our three children, Stella, Wyatt, and Livvy. While we are busy parents, we diligently set at least one night per month aside for date night, which is nearly always dinner and listening to a local band.

We live in Scituate, MA, and spend a lot of time on the beach as a family. Nothing makes us happier, though, than a slow weekend morning with nothing on the calendar. Coffee and watching our kids is more than enough.

I also, personally, enjoy golf, running, and reading. My golf isn't what it used to be, but it’s still enjoyable. Running is therapeutic and provides a release. I’m also a nerd for any reading that pertains to peak performers in all industries, psychology, and the human condition.

Schedule a Meeting
Are we the right fit?
Let's talk strategy.
No cost, no obligation.
SCHEDULE PHONE
CONVERSATION