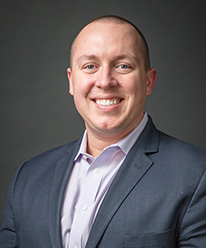 John's love for the financial advisory business goes far deeper than any traditional education he's received. Time in the military taught him so much about the service of others, being prepared, and always finding ways to refine a process. These are key components to successfully advising a family on their financial well being.

Coming from a military family and feeling called to defend many of the liberties we all enjoy, the Army was a natural fit for John. After completing Basic Training as an Honor Graduate, he completed the U.S Army Deep Sea Diver training at the Naval Diving and Salvage Training Center in Panama City, FL – where his military career gained momentum.

John spent the next six years completing dive missions around the world that included searching for MIA soldiers from the Vietnam War to exploding/imploding bridges and buildings. In addition to these peacetime missions, he spent 27 months in the Middle East over two separate deployments.

After eight years of service, John received an honorable discharge.  He proceeded to get his B.S. in Business Economics and his license as an Enrolled Agent.

Shortly after the end of his military career, John was hired by Edward Jones, where he started his financial advisory career. During his six years at Edward Jones, John's responsibilities included training all new financial advisors inside of the Route 495 corridor while also servicing his own client base of families.

Eventually, John determined it was possible to elevate client service and expand offerings by transitioning to the independent financial advisory space. It was then that he transitioned from Edward Jones to join Financial Independence Advisors. He says, "In the independent environment, we’re thriving - free of distractions - and can focus exclusively on our clients' goals. I love spending time on the perpetual improvement of our well-rounded process that involves financial planning, estate considerations, tax planning, and downside protection."

I grew up in the small town of Hopedale, MA. I was born a military brat, my mother and father both serving in the U.S. Army. As time progressed, I’ve been the fortunate benefactor of two loving parents, two loving stepparents, and a close brother who have all played an important role in shaping me into the person I am today.

All said, the glue that holds everything together is my wife, Kelly. I’m not sure where I’d be without her love and support, especially during military deployments. We live in Plymouth with our two pugs, George and Walter, and our two rescue cats, Janey and Dougie. In my free, time I enjoy playing golf, running, and fishing. Together, Kelly and I enjoy taking our dogs for walks, taking trips to Maine, and enjoying all the great restaurants of the South Shore.

If it is not obvious by our family of dogs and cats, Kelly and I are passionate about animals. In addition to the cats we’ve already rescued, we hope, at some point, to rescue older dogs in need of a home.

Our burning desire is to own a vacation home on the water in Maine. That’s our happy place where we feel that we can leave everything behind.